The duo on 20th July 2022 met with the management team of the University and had deliberations aimed at finding the best ways possible to materialize the proposal of teaming up with Makerere University.

The Vice Chancellor Prof. Barnabas Nawangwe welcomed the team and informed them that that the University was open to partnerships and collaborations in line with its policy of Internationalization. He said as one of the oldest Universities on the continent, Makerere was harnessing the achievements realized overtime through celebrating one hundred years of existence and was therefore open to new ideas and opportunities for both staff and students. 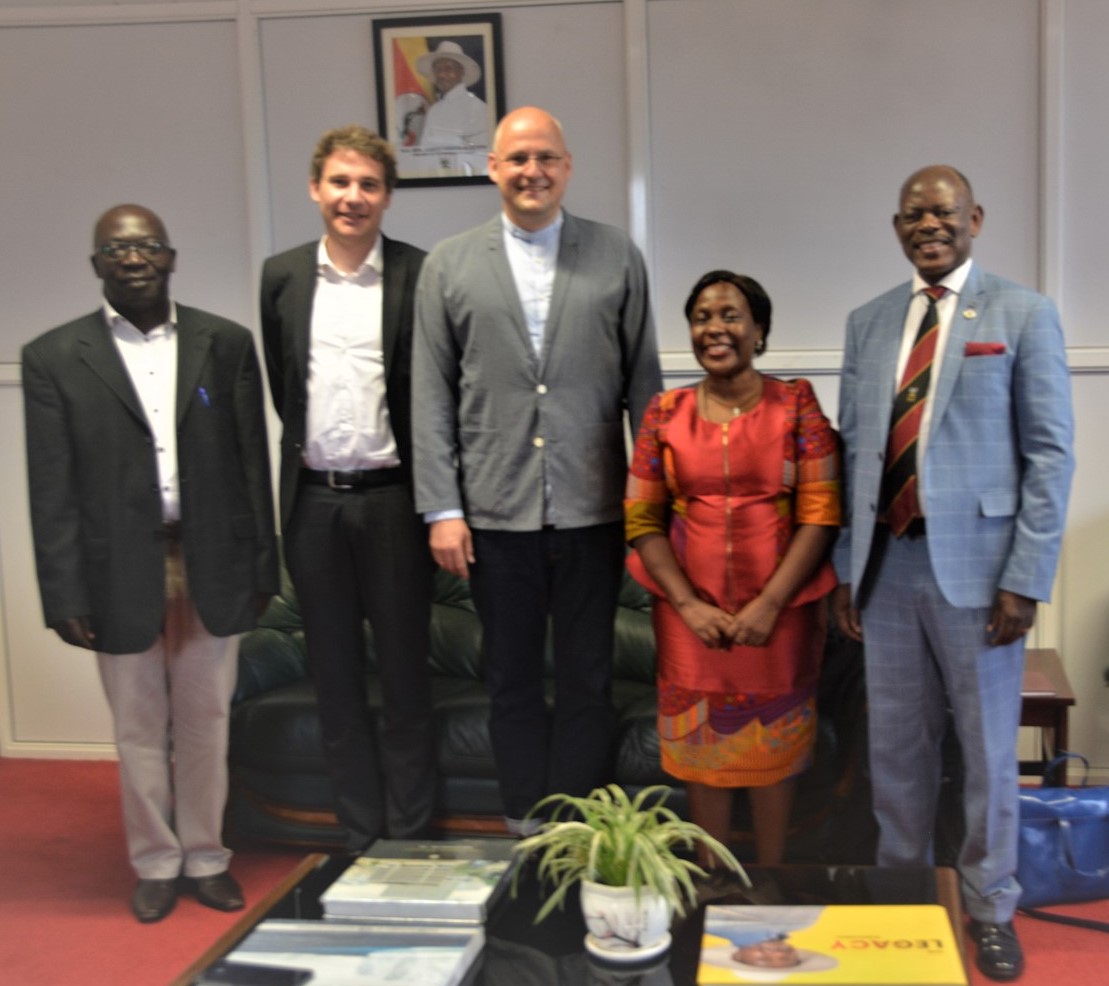 He said the 100 years of service to humanity was a land mark worth celebrating because the University had made great contributions to the Human Resource and other forms of development in the region and globally over time.

Prof. Nawangwe informed the visiting team that the Makerere’s Margaret Trowell School of Fine Art was also one of the oldest and finest Schools of Fine Art in Africa and that over time, it had moved away from the traditional to other forms of Art as dictated by the changing tends and needs in the economy.

He noted that with the ever increasing realization of people of varied backgrounds living together more than ever before, there was need for partnerships and collaboration and expressed the University’s willingness to work closely with HFBK University of Fine Arts Hamburg in furthering its objectives. He said Makerere University encourages collaboration and that one of its strategies was to promote Internationalization which he said, begins with working with other Universities. He explained that Makerere was one of the most collaborated Universities in the world and was also on top in as far as conducting research with other universities was concerned. ‘We are eager to receive new collaboration to help us drive the strategy of Internationalization in the exchange of knowledge and culture and we welcome you with open hands’ said the Vice Chancellor. 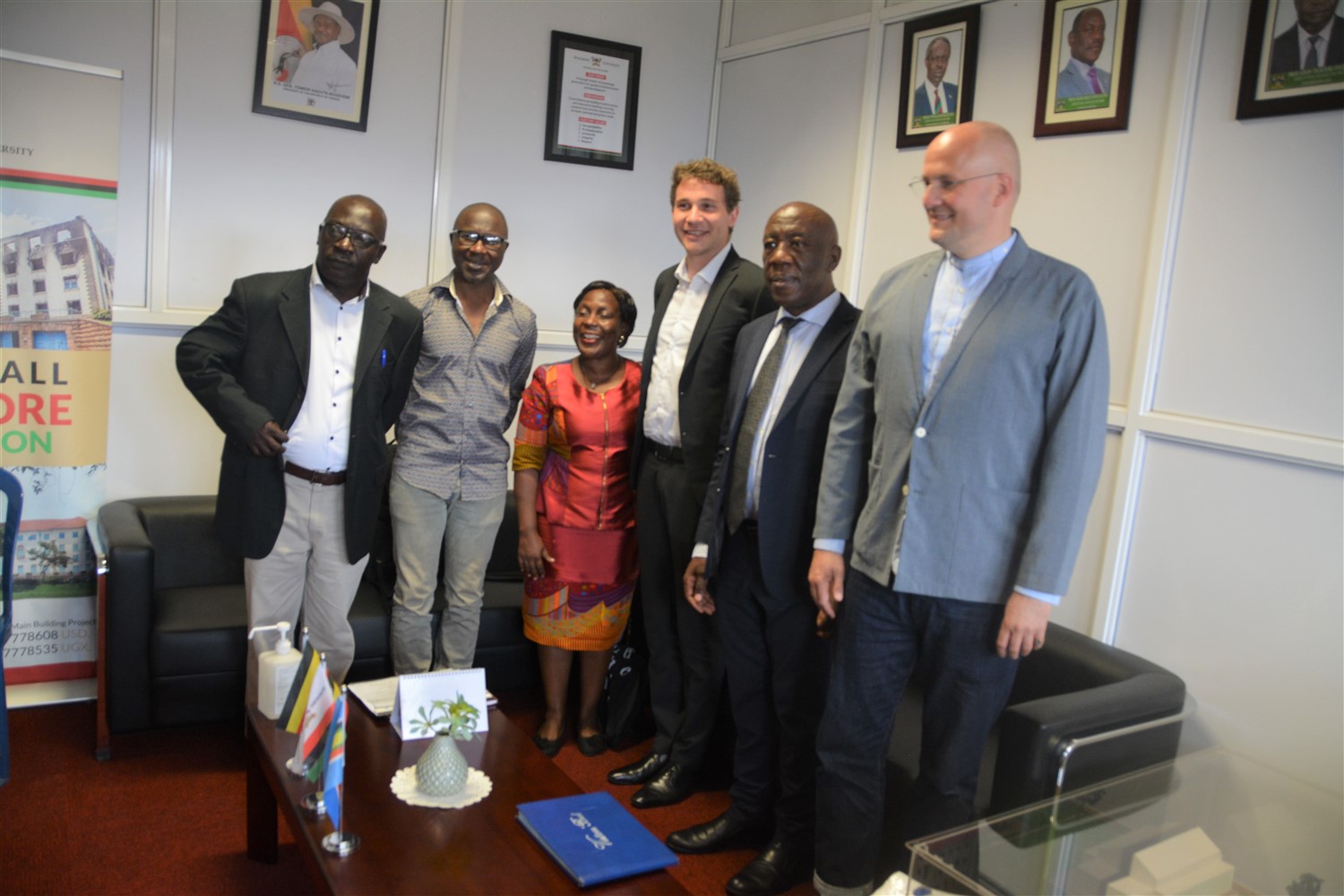 Meeting with the DVC F& A

The DVC F&A said Makerere University was proud to have a number of collaborations that included GIZ, SIDA, NORHED, DAAD, USAID and many more, through which relations a lot had be achieved, and welcomed the idea of the HFBK Hamburg University working with the School of Fine Art.

Prof. Alinaitwe informed the team that Makerere as a University was in a celebratory mood with a number of activities lined up including the recognition of persons that had impacted the university in various ways and therefore the collaboration would lead to additional achievements similar to what was getting celebrated.

In the interactions with the Deputy Vice Chancellor Academic Affairs Prof. Umar Kakumba, the team was informed that Makerere had been consistent in the University rankings and that this was partly attributed to the International partnerships, the joint research and collaborations such as the African Research Universities Alliance (ARUA), and the World Wide Universities Network (WUN), which forums help connect the University widely. 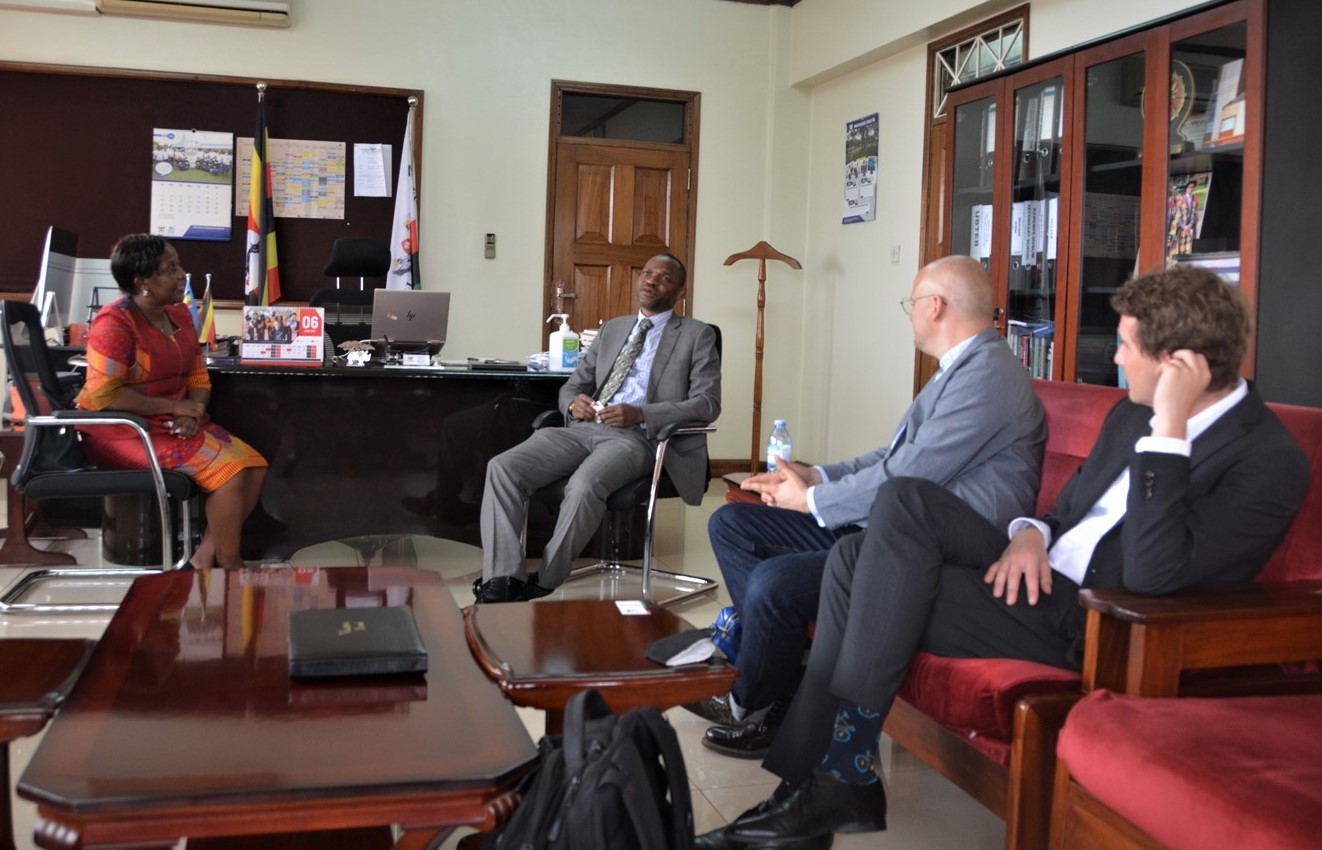 The Vice President of HFBK University of Fine Arts Hamburg Prof. Ingo Ferdinand Offermanns explained that the focus of their University was Fine Art. He said this was an International Fine Art School attracting students from all over the world and that their intension was to partner with outstanding Fine Art School all worldwide and hence their visit to Makerere University.

He explained that HFBK University of Fine Arts Hamburg was 250 years old, but a small entity specialized in fine Art traditional to Germany. He said their mission was to engage and get more African students to their University in their quest for partnerships and cultural exchange. ‘Europeans have to go out and learn for others. Africans and Chinese have some knowledge about Europe and there was need for Europe to know more about others’ he noted.

While explaining their intention of having a student exchange program, the team said the idea was to bring together students to live and work together for a semester after which period, the student credit would be transferred to their mother University. He said the students would stay in Germany for a semester, fully covered in terms of accommodation and tuition.

During a meeting with the academic Board at the Margaret Trowell School of Fine Art (MTSIFA), the Dean Dr. Kizito Maria Kasule introduced the team to the staff and the programs offered. He said MTSIFA was one of the first Schools to be set up at Makerere University way back in 1935. He explained the programs running as well as those to be introduced such as the Masters programs by the respective departments. He said Art students were benefiting from other mainstreamed programs like gender and entrepreneurship which was helping the students learn other skills like business given that Art had become a commodity and the need to help artist survive in the competitive economy. He further explained that there were already a number of collaborations on going in the School and that all staff were widely published and were therefore ready to partner with the German University.

The visiting team took a guided tour of the Muteesa II Royal Museum and the University Library where they were able to see various sections like the Book Bank, the Digitization section, the technical Services section, Africana, the International Development Agency area, the mothers space and that of persons with disabilities among others. Also of interest was the art pieces in the library notably the War Victim by Prof. Nnaggenda, made in remembrance of the lives lost in war and the resilience of the human spirit donated by Rockefeller Foundation to the Library. 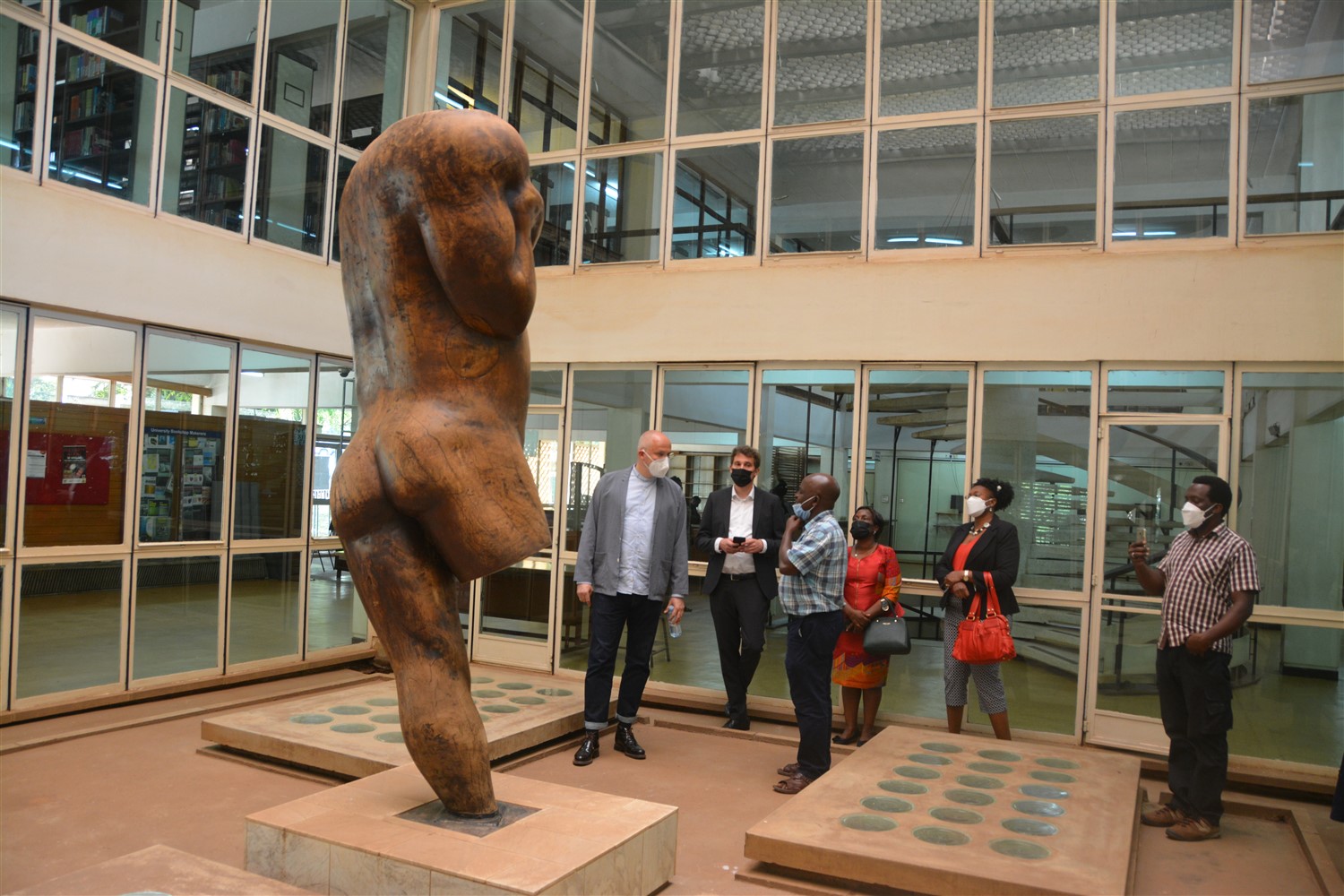 The War Victim Art Piece in the Library

During their stay at Makerere University, the visiting team will participate in the pedagogical engagements at the School of Fine Art to get a feel of how the teaching and learning is conducted and will also visit other Art Galleries in Kampala.

Back To Other Posts

We are Africa's most prominent university

With Over 18579 International Students

Here are the Guidelines for International Applicants

Talk To A Representative

We are Africa's most prominent university with over